Q.1. Who has been reappointed MD & CEO of Axis Bank?
Ans. Amitabh Chaudhary

Q.2. Who has announced the appointment of the country’s largest auto company “Bajaj Auto” as its new chairman?
Ans. Neeraj Bajaj

Q.4. With which country has India entered into an agreement for information sharing and customs cooperation?
Ans. Britain

Q.5. Which bank has tied up with ‘BSNL’ to provide ‘telecom service’?
Ans. Indian Bank

Q.7. Where is the “NATO military exercise” being conducted between the US and other countries?
Ans. Albania

Q.9. Which ‘air to air missile’ has been successfully tested by DRDO?
Ans. Python-5

Q.10. Which day is celebrated worldwide on 2 May?
Ans. World Laughter Day‌‌ 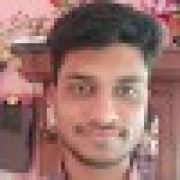